Home›Featured›You are what you eat!

You are what you eat!

by Anna Webb Broadcaster, Author, and Trainer studied natural nutrition and therapies with the College of Integrated Veterinary Therapies (CIVT)

In today’s world where the effects of intensive farming, food processing, and our convenience-led lifestyles, which demands ‘fast food’, our natural food and water sources are not what nature originally intended.

The concept to use diet to promote good health isn’t new. Centuries ago Hippocrates noted that: “let medicine by they food, and food be thy medicine’.

Assuming Hippocrates was right, and diet can affect health in a positive way, helping to prevent disease. Surely the reverse can also be true. Inadvertently could we be contributing to disease in our pets with the food they eat?

We know that obesity causes a raft of health problems, but what about food contributing to inflammation, autoimmune disease and cancer?

The problem we have in our modern world is the dramatic rise in environmental pollutants that are ubiquitous. From the air we breathe, the food we eat, and the water we drink we’ve turned our natural food resources into a toxic ‘soup’.

The use of pesticides, insecticides, herbicides, chemicals, additives and preservatives travel down the food and water chains. Both people and their pets ingest these man-made environmental toxins. Overtime the concern is that these toxins are metabolised and can cause disease.

Whilst there’s little anyone can really do to control the depleted soil or the chemical composition of the rain, we can control the ingredients we feed our pets, and ourselves.

In the Winter issue of Animal Therapy Magazine I discussed the merits of choosing a fresh, organic diet based on nutrient rich functional foods. It’s interesting that people who eat organic products have a lower pesticide level in their bodies, than those who do not eat organic. (Lu et al, 2008).

Our convenience led lifestyles influence what we feed our pets. Flashy branding and TV advertising by large food manufacturers can look convincing.

Interestingly the label of ingredients on packets of commercial dry dog food is often difficult to find, let alone read without a magnifying glass! 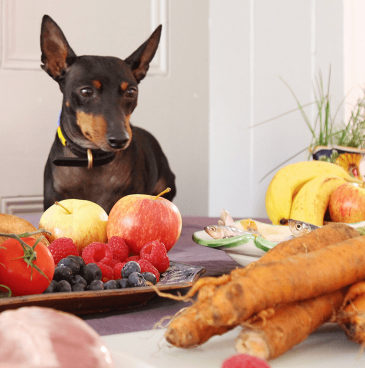 In my study I analysed the ingredients of a major dry commercial dog food. Apart from learning that over 50% of this food’s ingredients are carbohydrate based, and that the food contains only 10% moisture, it also contains some interesting ingredients like ‘Digest’.

Broadly speaking ‘Digest’ is a hydrolysed protein. It’s used as a non-chemical flavouring to make kibble more palatable. The quality of ‘digest’ varies and can contain things like hormones and antibiotics. Ideally it should state a ‘digest’ from a fixed protein source, ie chicken liver ‘Digest’, not just ‘Digest’.

Another ingredient is ‘Beet Pulp” – which has nothing to do with beetroot. It’s a by-product of sugar beet plants. It’s used to bulk out a product, helping your dog to feel full. It also contributes to the heavy carbohydrate content, which from a natural nutritionist perspective is not ‘species appropriate’.

Dogs are biologically and physiologically designed to eat meat. They are Primary carnivores, whereas cats are ‘Obligate’ carnivores, and humans are Omnivores.

Less than a decade ago a major commercial food brand recalled its product, admitting its contamination during its processing in China from melamine found in wheat gluten.

Thousands of cats and dogs died from acute renal failure mainly in the USA. Following massive press coverage, many other food manufacturers recalled their products, costing them $billions!

Although stricter ‘governmental’ guidelines have been introduced, making the previously ‘selfregulating’ pet food industry more accountable, this landmark ‘recall’ highlights a real concern. Not least that it’s the quality of the ingredients in our pet food that can be potentially toxic, but the processing techniques used in their manufacture that can also carry health risks.

The natural molecular structure of food is changed when its processed and / or cooked. Sometimes chemical by-products are formed during this process that can have a proinflammatory response and insulin deregulating effect. 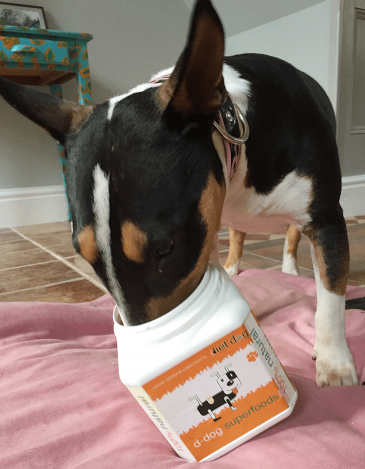 Recently one of my clients was excited that he’d chosen an organic brand of dry processed food for his Golden Retriever. I had to explain that whilst the ingredients may be healthier than a non-organic brand, the method of processing this brand is the same as for non-organic brands. It’s called ‘screw extrusion’.

This process involves melting a combination of proteins and carbohydrates in a furnace at over 200 degrees centigrade. In doing so it creates the Maillard Reaction.

In human foods the Maillard Reaction creates the ‘bronzing effects of foods like bread crusts. It was only in 2002 that Acrylamides were found in foods.

An Acrylamide is a compound that has been used in many forms of industrial processing since the 1950’s. It has long been classified as toxic to both humans and animals.

The hotter the temperature in cooking or processing, the more Acrylamides are created. As a result of its ‘extrusion’ dry kibble food whether organic or not contains Acrylamides!

Studies by the European Food Safety Authority, show that cats and dogs exposed to Acrylamides through their diet greatly increases their likelihood of developing gene mutations, and tumours in various organs.

The EU has issued some guidelines on Acrylamides in human foods, but not as yet for pet foods (European Commission 2011).

Another consideration is to create a long shelf life, a raft of chemical preservatives, like Ethoxyquin, BHA, and BHT are added to commercially pre-prepared food.

On the plus side, an organic brand will use natural preservatives like Vitamin E or C, or perhaps clove oil or rosemary oil to preserve the ‘kibble’ despite compromising on the shelf life of the product.

During the storage of ‘dry’ bags of food, moulds and fungi like alfatoxins and other mycotoxins (commonly found in grains especially corn and wheat) thrive alongside microscopic storage mites, which can create substantial impact on atopic dogs.

Inadvertently we might be feeding our pets many hidden ‘nasties’. Even if the amounts ingested at each meal have been measured to be non-toxic, the concern is the health effects induced over long periods.

I’d suggest a precautionary principle and feed a more natural diet, particularly one that hasn’t been ‘cremated’ at high temperatures.

I’ve always believed that “ you are what you eat”, and feel lucky to have never fed my own pets on any commercial processed diets.

Opting to feed a raw ‘species appropriate diet’ was considered quite alternative 14 years ago. Fortunately since 2009 a number of innovative food firms like Natural Instinct have fulfilled a growing demand for ‘convenience’ style raw food.

Natural Instinct offers a complete, balanced, nutritionally dense food that’s species appropriate. It contains meat, fruit, veggies, offal and bone. All you need is the freezer space to store, before thawing and serving.

I do also ‘home-prepare’ raw meals too. I avoid overly farmed meats like beef or pork, opting for lamb, goat or venison instead. Interestingly the Environmental Working Group (EWG) provides research-based information about the toxins in our food supply and environment. There’s the Dirty Dozen Plus™ list and there’s the Clean15™.

Its useful to discover that certain foods are potentially more ‘toxic than others. For example potatoes contain more pesticides by weight than any other food (EWG 2014). As many commercial diets and home cooked recipes include potatoes, its important to choose an organic spud. Or opt for a sweet potato as an alternative, which is considered ‘clean’ by the EWG.

I like to add an all round supplement to my pets’ diets just to help balance the effects of modern life and the environment. There’s many available, but one that’s made a positive impact is the D-dog Superfood’ range from Diet-Dog.

I always supply fresh ‘filtered’ drinking water. The quality of water varies from region to region. Both public and private water supplies can be a source of exposure to toxins, especially to industrial solvents, heavy metals, pesticides and fertilisers.

Adopting the ‘precautionary principle’ I would rather play safe and hope to eliminate as much residual chemicals like fluoride, lead or chloride as possible.

For me its ‘peace of mind’ that I’m making positive nutritional choices for my pets. We’ve been living with dogs and feeding them for thousands of years. Overly processed foods are a modern phenomenon that have coincided with a drastic rise in chronic disease in pets from obesity, heart disease, kidney disease, thyroid disease, arthritis and cancer (State of Pet Health Report 2012). 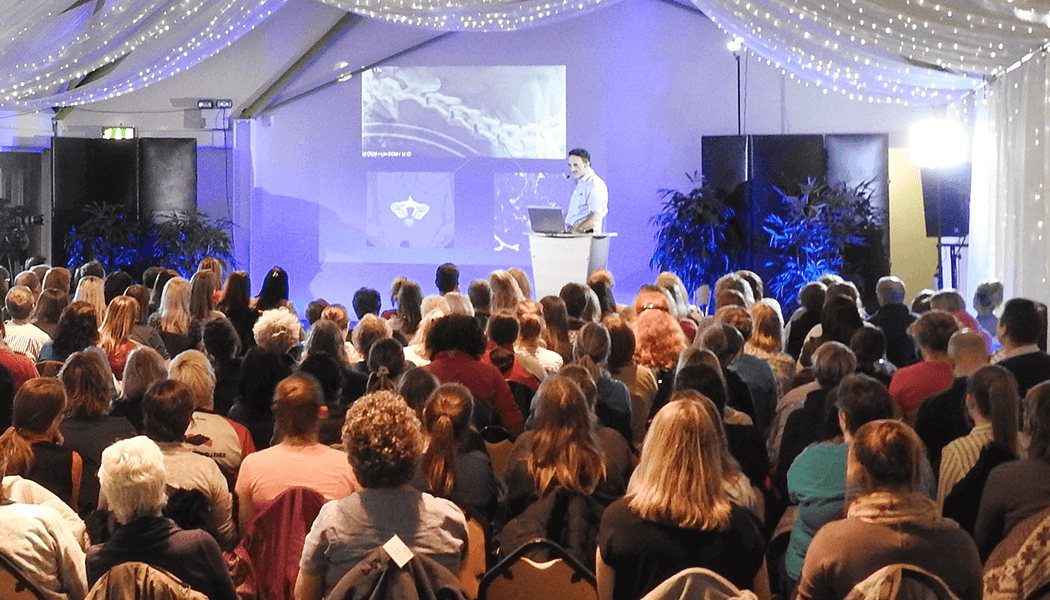 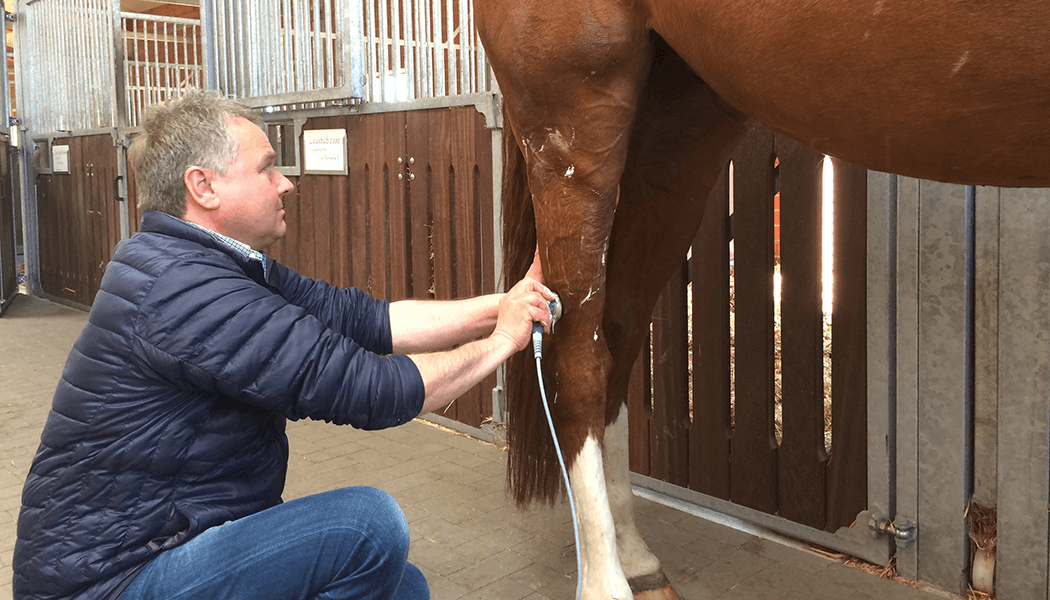