by Anna Webb on behalf of Photizo Vetcare

The leg wounds were incurred after Belle and a gelding in the neighbouring paddock had a major disagreement. Belle tried to kick the gelding through the fence, but got her back legs caught leaving several deep lacerations.

Jöelle consulted her vets who weren’t able to visit Belle due to Lockdown, but advised accordingly and she was given a five-day course of antibiotics. Belle was moved to a different paddock away from the gelding in question to keep her as calm as possible.

Jöelle also contacted Belle’s massage practitioner, Sophie Whymark of SLW Equine Sports & Rehabilitation Massage & Therapy, for support and advice. Sophie suggested borrowing her own Photizo Vetcare and to use it along side the course of antibiotics.

Although being aware of Vetcare’s potential to speed up the wound healing process, Sophie had never used it in a situation like this, so she was eager to see for herself how the Vetcare would help with Belle’s wounds. Integrating Photizo’s red light therapy with her equine sports massage, Sophie is a fan of the Vetcare as a handy non-invasive treatment device.

Sophie explained: I incorporate the Photizo into many of my sessions due to the wide range of benefits that it provides. I treat a lot of different types of horses from retired ponies all the way up to professional competition horses. I find that the Photizo is a great tool to use during post-event massages as it assists in repairing damaged cells, which could be in the form of a strained tendon/ ligament or a pulled muscle. On the other hand, I use the device on the older horse that is prone to swelling in the lower legs if stood for too long as it gives the circulatory and lymphatic system a boost. The Photizo Vetcare is a device that I would not be without, it is lightweight, easy to use and it boasts so many different benefits. I believe that every yard should have one!” 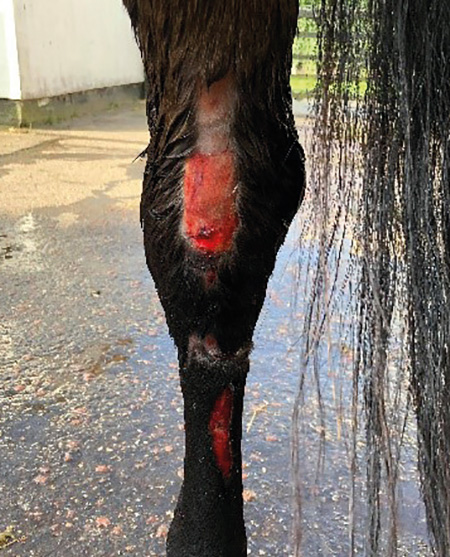 On Day One Belle’s wounds were very raw. There were several small lacerations, which were dosed with the Vetcare twice daily. By the second day the wounds were looking much cleaner and starting to heal, and no sign of infection.

Sophie explained: “Luckily we were able to apply Vetcare within the 4-6 hour window after the trauma, which helped reverses cell death, so the wounds had a high chance of an efficient recovery.”

As the red light penetrates the mitochondria it creates a cascade of biological reactions and generates cellular energy at the point its being applied. For wounds it quickly reduces inflammation and pain, increases the lymph flow to the affected area, reducing any risk of infection as the wound rapidly knits together.

What’s more unlike when using a laser sourced red beam, there’s no need to wear eyewear with Photizo Vetcare, as LED light is not harmful to the eyes. Being lightweight and portable with a long battery life, paid dividends in Belle’s case treating her in the paddock.

By Day Three the redness on Belle’s wounds were visibly reduced and still no sign of infection. Considering the lacerations were awkwardly position around the hock joint where there’s a lot of movement, the concern was that the wounds would be pulled and stretched as Belle walked. Fortunately this wasn’t the case and there was no bleeding or excess exudate leaking from the wounds either.

Day Four and recovery continued with no signs of inflammation or swelling, which Belle is usually prone to after standing for too long, or when she is stabled for long periods.

By Day Six the wounds were knitted together with clean healthy skin, no sign of any swelling or infection, but there was hair growth. Jöelle was worried that Belle’s hair might not grow back and she’d be left with scarring on her legs, but the hair was growing back and in her naturally deep brown colour.

Day Seven and the scabs began to fall off leaving clean healthy rejuvenated skin underneath. Joelle continued to use the Vetcare twice daily morning and night even though the course of antibiotics had finished.

Sophie added: “Belle seemed to enjoy her Photizo sessions showing lots of signs of relaxing during her treatment like licks and chews, yawns, and lowering her head, which are all signs of release”.

Despite Belle being out 24/7 surprisingly there were no flies showing any interest in her legs or bothering her at all. The wounds were progressing well, with no infection and still looking clean.

Another concern was that the wounds would attract flies that might infect or cause irritation and more damage to the injuries, but that wasn’t the case. 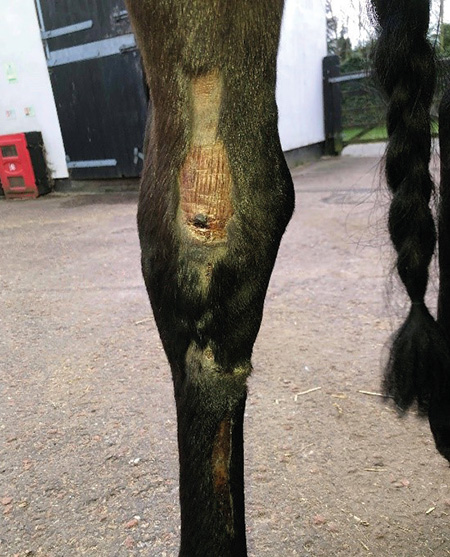 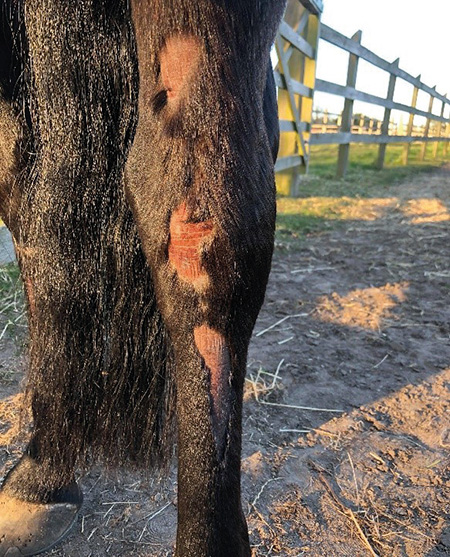 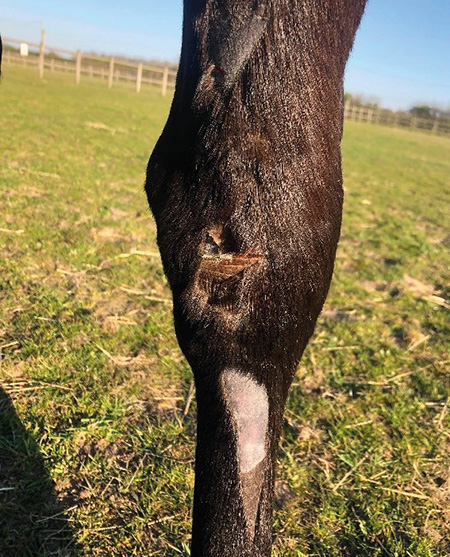 On Day Ten the Vetcare treatments were reduced to one application per day. The wounds were clean, there was hair growing. Belle did not show any signs of lameness throughout, and was happy for the wounds to be touched.

Sophie enthused: “I am delighted with Belle’s recovery, nothing less than fantastic! Belle’s owner, Joelle just wishes she’s known about the Vetcare sooner, considering it a must have for every equine’s first aid box. I am so impressed that in 10 days, there was such a speedy recovery. I only wish I had been able to offer Belle a massage to give her lymphatic system an extra boost, but due to the restrictions due to COVID19 that wasn’t possible.”

“The recent COVID-19 lockdown meant animal owners had limited access to a professional practitioner at their homes/yards and there are occasions when an animal health professional cannot visit their patient regularly enough for optimum healing effects to be achieved with low-level laser. Belle’s case was a prime example of how effective and simple modern homeuse photobiomodulation devices can sensibly be put into the hands of a client. Progress in this technology means devices like Photizo can be used effectively and safely to help continue the healing effects and help minimise scarring or post injury complications.” 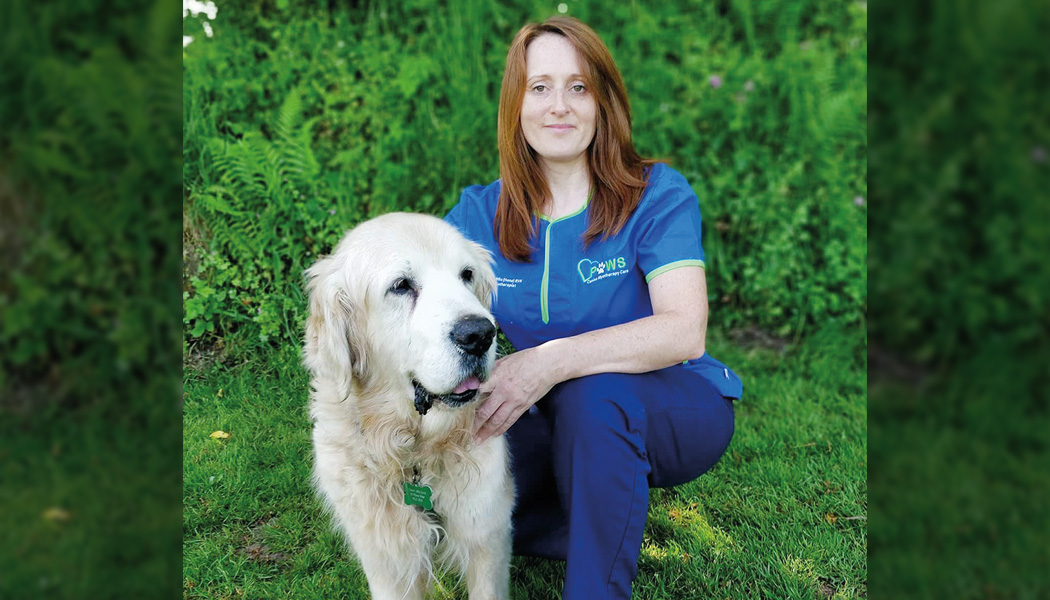 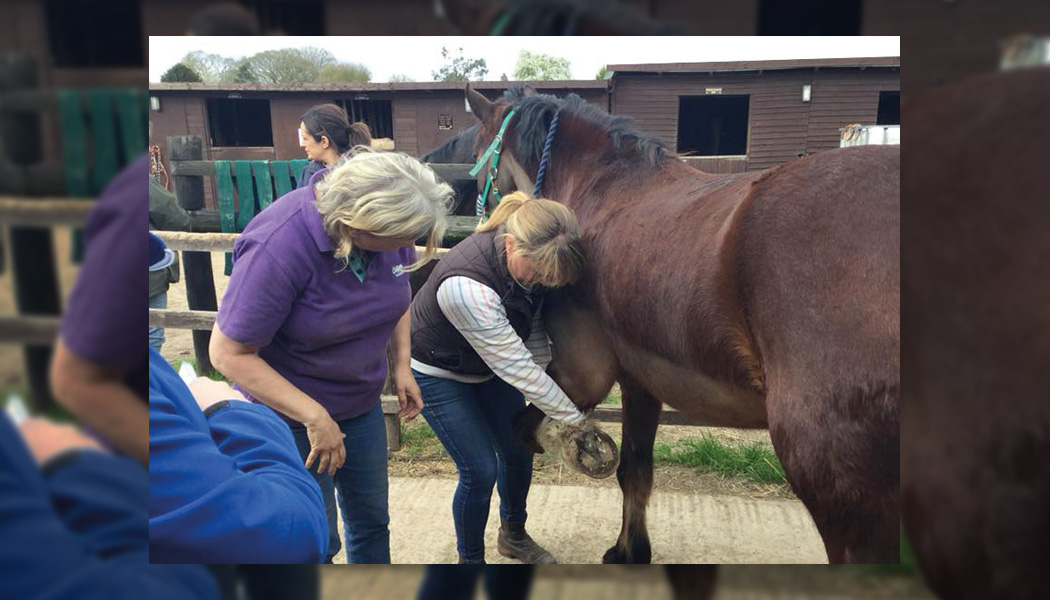 What happens after Graduation?